Cooley’s Reel is a traditional Irish tune. It acquired the name “Cooley’s Reel” as it became closely associated with the accordion player Joe Cooley [1]. Jeremy Kammerer and Cathie Whitesides recorded Joe Cooley’s playing of this and other tunes in the 1970s, and have made the recordings available on the website The Joe Cooley Tapes. That site also has photographs and biographical information on Joe Cooley.

Is the tune in E Minor or E Dorian? It could be either. The difference would be whether the tune uses C natural or C sharp as the seventh degree of the scale. Some settings of the tune (Kevin Burke’s, for example) do not include a C or C#, making it ambiguous whether the tune is E Minor or E Dorian. Other settings that do include the seventh scale degree make it a C#, which would make the key E minor. (The key signature for E Minor has one sharp; the key signature for E Dorian has two sharps.)

As always for traditional tunes, the musical notation and chords do not indicate the “right” way to play the tune, but are a useful reference. 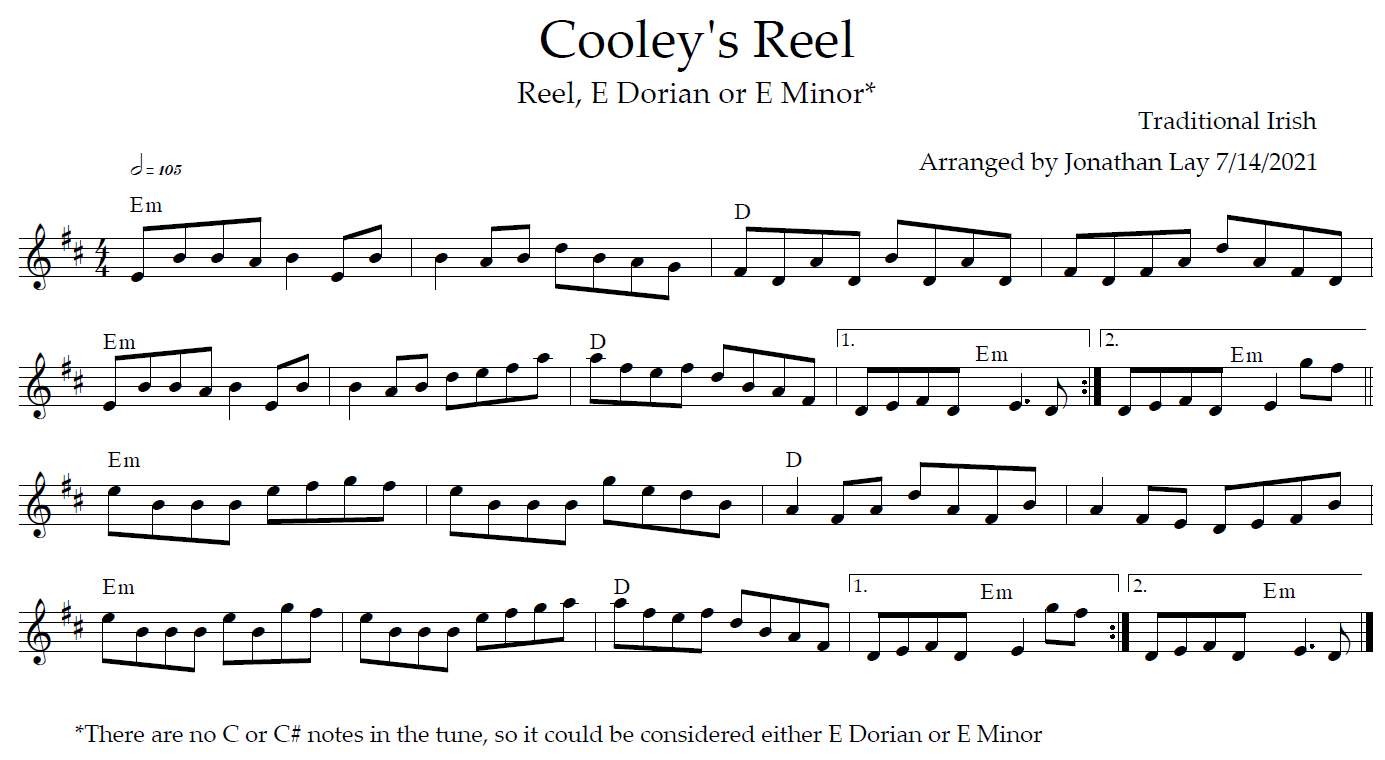 Play from the Dots

Companion tunes and sequences that work well for this tune.